Thank you for making our Sonicare sale better than we ever could've expected.

It not only warms my heart to know that so many of you will be starting 2015 with great oral health, but also that together, we've made an impressive contribution to the Vermont Foodbank!

The gift came at a great time -- the Foodbank was working non-stop to hit their yearly fundraising goal before the year's end.  I'm so glad we could help them and, in turn, our neighbors in the final moments of 2014.

We sold 80 Sonicare toothbrushes (wow!!). The Foodbank has confirmed that our gift helped to provide 1,200 meals to our neighbors in need.

Many of you wanted to participate, but were unable to visit the office in the time allotted. But good news -- I am contacting Sonicare and I plan to continue the sale throughout the next quarter (January - March). The same terms apply: $60.75 (plus tax) for the toothbrush and my personal donation of $5 to the Vermont Foodbank for every sale. The goal this time around is 1,500 meals!

If your appointment is not within the next three months and you want to reserve a Sonicare, simply contact me at keepyourteeth@hotmail.com.  I will have Kim reserve one for you to pick up at your next appointment!

Should You be Worried About Microbeads in your Toothpaste? Remember a few years ago when plastic beads became all the rage in personal care? Suddenly they were everywhere: your face wash, your body scrub, and your toothpaste (yes, that’s where I come in). Though we haven’t completely bucked the trend, people have started worrying that maybe, just possibly, having a plastic that isn’t biodegradable in your toothpaste isn’t such a good idea, including patients!

When Jane emailed me asking, “Should I throw away my Crest Pro-Health toothpaste? If so, what toothpaste do you recommend?” I thought she might not be the only one out there wondering. Let’s explore this.

Let’s start with the plastic: polyethylene. It’s really an anomaly – simultaneously the most common plastic in the world, and the most contested. Containers, bottles, and grocery bags – all of these are made out of the same stuff as those little blue pebbles in your toothpaste. We’re up in arms about landfills overflowing with polyethylene bottles, and are absolutely adamant about bringing reusable bags to the grocery store; so yes, maybe we should be making a fuss about this plastic that lives forever when it comes to our toothpaste.

The fact that we are constantly finding these little blue plastic beads stuck in our patients’ gum lines, paired with the fact that these little blue plastic beads don’t break down, isn’t a great combination when we’re considering your oral health. Just like anything else that gets stuck in your gums, the beads become a breeding ground for bacteria. This can lead to all kinds of reasons you might come to me in pain: gingivitis, infection, or even severe periodontal disease. While I love seeing you, I don’t want to see you go through that.

Crest has claimed that the beads are there for decorative purposes only. They serve literally no purpose besides looking pretty, and putting your oral health at risk. Luckily, Crest plans to phase the beads out of their toothpastes by 2016. Until then, I urge you to toss your toothpaste if it contains polyethylene beads, and make the switch.

Not sure if your toothpaste is putting you at risk? Check out this website for a list of toothpastes we know contain polyethylene, and also for a great article on the subject.

Hope you had a wonderful Thanksgiving holiday.

Here at Associates in Periodontics, we are committed to the very best in periodontal care for our patients, serving the Barre and Burlington, VT communities. Now with our social networks, it is easier than every to stay connected and informed with our doctors and team.

As you know, we've been using this blog and our Facebook page to provide helpful information and news, and now you can subscribe to our updates by email. To use this new feature, enter your email address on the left, or click here to subscribe to our blog feed. You will have new updates delivered to you automatically. How convenient!

An Interesting Article to Start Your Year Off

Happy New Year everyone! We wanted to share with you a fascinating article we came across recently, which discusses a recent breakthrough by scientists, who discovered a way of partially reversing age-related degeneration in mice. You can check out the article on the Harvard Science website. 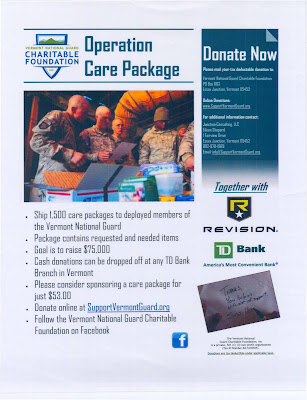 We are pleased to be involved with the Vermont National Guard Charitable Foundation through one of our employees, whose husband is a F-16 pilot and was commander of the Green Mountain Boys for 3 years. She is on the board of this foundation, which works to deliver care packages to deployed members of the Vermont Army & Air National Guard serving around the world.

Dr. Shuman, as continuing education chair with the Vermont State Dental Society, has helped lead the campaign to support this project. He has urged other state dentists to support this cause through donation of dental items (toothbrushes, floss, etc). If you would like to help contribute to this program, please visit the Vermont National Guard Charitable Foundation web site, or join their Facebook community! 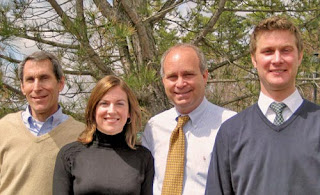 Posted in Associates in Periodontics, Barre, periodontist, Burlington, meet the doctors | No Comments