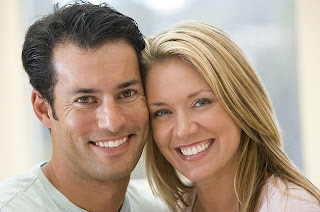 Gingivitis, the early stage of gum disease, can be difficult to recognize. Many people do not recognize the warning signs- bleeding and swollen gums, as a precursor to gum disease. This month a national campaign is underway to raise awareness about gum health and periodontal disease, and at Associates in Periodontics in Burlington & Barre, VT, we wanted to do our part to help spread the word!

Early recognition and action are the most important steps to health gums, and ultimately a health body too! Studies are published every year linking oral health, including the gums, to the health of other areas of the body, such the heart. One of the most important steps to improving the care of your gums is recognizing the warning signs for gum disease. These can include:

• Gums that appear red or swollen
• Gums that feel tender
• Gums that bleed easily (during brushing or flossing)
• Gums that recede or pull away from the teeth
• Persistent halitosis, or bad breath
• Loose teeth
• Any change in the way teeth come together in the biting position

If you notice any of these signs, schedule an appointment with our office as soon as possible. We can take proactive steps to prevent gingivitis and gum disease, while showing you how to improve gum care in your daily oral hygiene habits.

It's wonderful that you are getting ideas from this piece of writing as well as from
our discussion made at this place.

I do not know if it's just me or if perhaps everybody else experiencing problems with your website.
It seems like some of the text in your content are running off the screen. Can somebody
else please provide feedback and let me know if this is happening to them as well?
This might be a problem with my browser because I've had this happen before.

This is when I started out also it would be a great
start to suit your needs as well. Losing weight and keeping the weight off is extremely difficult for most
people. There are extremely many strategies and tips
around you are certain to get confused.